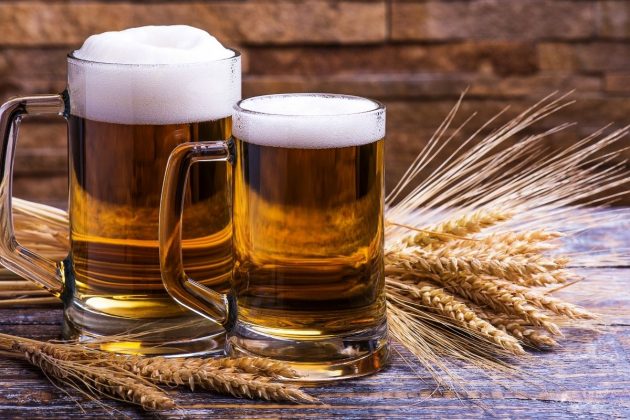 Founded in 2016, Chinova Bioworks is a food technology company developing natural, clean-label ingredients extracted from white button mushrooms for the food and beverage industry. Headquartered in New Brunswick, 90 per cent of the Chinova team is made up of women practicing in STEM fields.

David Brown is the COO/co-founder of Chinova Bioworks. He has been at the forefront of developing bio-based ingredients from sustainable production sources, particularly from the under-utilized mushroom family. His work has led him to develop a fibre extracted from white button mushrooms that can be used to extend the shelf life of foods, beverages and cosmetics. Brown has patented several inventions related to these developments. He was the recipient of the Governor General of Canada’s Innovation Award in 2017 and the University of Alberta’s Alumni Horizon Award in 2018. Brown earned his bachelor of science degree in chemistry from the University of Alberta. 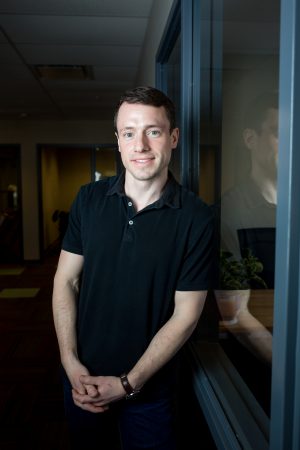 I spoke to Brown about the need for vegan-friendly ingredients for the beverage industry. Here’s an excerpt from that interview.

Why is it important to create vegan brews?
DB: Vegan brews are an important part of making the beer industry more accessible and sustainable. We all want to reduce our impact on the environment, and using animal or synthetically derived ingredients aren’t helping. Natural vegan ingredients reduce the carbon footprint of beer production, and also appeal to those of us with dietary restrictions. Also, it’s a lot healthier for consumers than animal or synthetic based ingredients.

What solutions are available to create vegan brews?
DB: Chinova’s mushroom fiber extract, Chiber, is the first fining agent to be vegan, while outcompeting traditional synthetic and animal derived options. Chiber is certified as vegan, kosher, halal, organic, non-GMO and Whole 30. It is declared allergen- and gluten-free. It is paleo- and keto-friendly, has low FODMAP and has no sodium contribution. 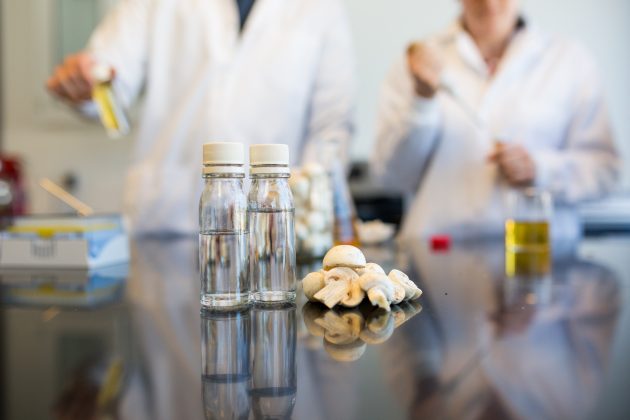 Chiber is also safe to consume since it is a pure fibre extracted from mushrooms, and does not contain any allergenic materials of the mushroom. Testing is also conducted to confirm the absence of regulated allergens.

Please provide details about the research project with Collège Communautaire du Nouveau Brunswick’s (CCNB) INNOV centre.
DB: With this collaboration, Chinova will leverage the incredible industry knowledge that CCNB has developed in brewing technology to develop and test the use of the company’s white button mushroom-derived fibres as a processing aid ingredient. CCNB has a deep knowledge base on brewing and different technologies used by brewers today, and will put Chinova’s Chiber ingredient to the test as a rapid fining agent. Chinova was pleased to be able to work with this world-renowned laboratory to be able to test a wide range of beer types and brewing techniques, so as to make the ingredient widely useful in the brewing industry.

What new processing aid  are you developing for vegan-friendly brews.
DB: One major issue brewers face when they are close to completion of the beer brewing process, is how to remove all of the spent yeast. Waiting for them to settle on their own by gravity can take days, if not weeks. “Cold crashing” is a commonly used method to settle yeast, where the brewer lowers the temperature of the beer to almost freezing for 24 hours. This method is energy intensive and time consuming. The other option is to use filters, which involves a lot of labour and can be costly as well. Chinova’s mushroom fibre extract ingredient, Chiber, would be able to settle spent yeast from a beer extremely quickly, saving the brewer on cost, labour, time and energy compared to traditional methods.

What’s the market size of vegan brews?
DB: Any beer that’s brewed today can be made using only vegan ingredients. It’s only a matter of time before all breweries make the shift, as consumers are demanding healthy and sustainable products.