Tracing it to the seed

A new agri-technology traces the entire process of beer manufacturing 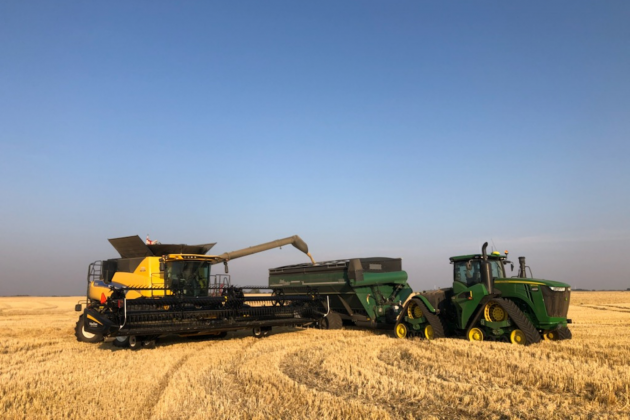 It all starts with a seed, specifically a barley seed. Barley is an important crop for Canadians. According to the Canadian Grain Commission, Western Canada produced over 7 million tonnes of barley in 2017. From there, seeds make their way to farmers and maltsters across Canada, then to brewers where they mash, boil, ferment and package their beer for consumers. What if all of this was traceable? What if consumers could trace all the hard work that goes into the supply chain that puts the can of beer in their hands?

Luckily, late last year Grain Discovery came up with a system to answer those very questions. Connecting seed growers, farmers and brewers, their agri-technology traces the entire process of beer manufacturing. First launched in 2020, Grain Discovery connects seed growers to farmers, and farmers to brewers and their products. With this system, producers are able to pinpoint where their barley grains end-up.

“We wanted to create the feedback loop within the supply chain, and create an easy way for the data to flow through legacy systems,” said Rory O’Sullivan, founder and CEO of Grain Discovery. “We can share how the malt performs in the brewing process, and farmers and growers can get intel on how well their products work.”

The system doesn’t replace the legacy systems, but rather works with it to create a way for everyone in the supply chain to gain access to certain information about the product. Growers, farmers and brewers can access a certain subset of information through an app. Growers can learn which barley seed performed well, while brewers can pinpoint exactly where their malt barley originates.

Before this technology was developed data was trapped within each producer’s computer. With the introduction of traceability everyone in the supply chain can have access to the data they need, creating a transparent and accessible process.

While Grain Discovery’s aim is to open lines of communication within the blockchain, they also developed this technology out of necessity. The Canadian Food Inspection Agency (CFIA) updated the Safe Food for Canadians Regulations (SFCR) to state that anyone who makes products with an alcohol content of 0.5 per cent or above, must have a traceability process in place.

Implemented earlier this year, breweries had to get to work to make sure their systems are traceable. Blindman Brewing, based in central Alberta, has worked closely with the Grain Discovery Team. When setting up for the new traceability regulation, there was a lot of learning to be done.

“This system is truly live, it’s every batch, every day,” explains Kirk Zembal of Blindman Brewing. “The is the first time permission blocking has ever been done. This system allows for certainty in the blockchain, and we have all information, and can take it a step further and provide it to our customers as well.” 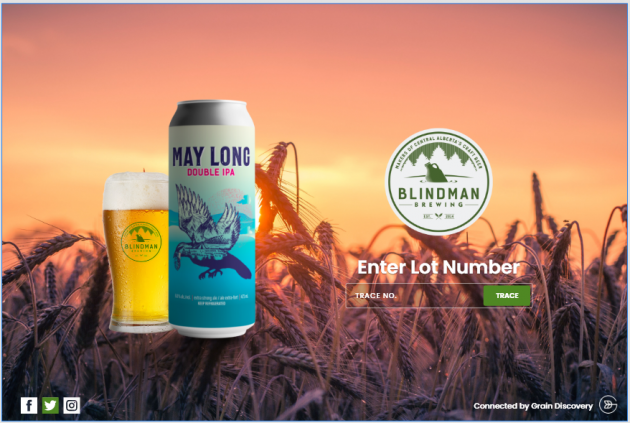 The May Long Double IPA by Blindman Brewing is the first fully traceable beer.

Starting in May of this year, Blindman Brewing introduced a tracking system for their customers that consists of a QR code label or a lot number on their beer can that can be plugged into their website. With a quick scan or lot number input, consumers have access to the entire blockchain. And it’s not just consumers that are curious about where their beer came from, but growers are curious where their crop ends up.

“Barley variety developers work a long time on different barley varieties, they have to breed and cross-breed and do a lot of experimenting. Then when it goes out into the world, they don’t know where it’s going,” said Zembal. “Now they can see how well their particular variety of barley is doing. It’s all being captured and shared.”

There are other benefits to traceability as well, including health and safety. If there is a recall on any product, food safety officials can trace the recalled ingredient to the specific farm, thus making the recall system more efficient and accurate for both producers and consumers. 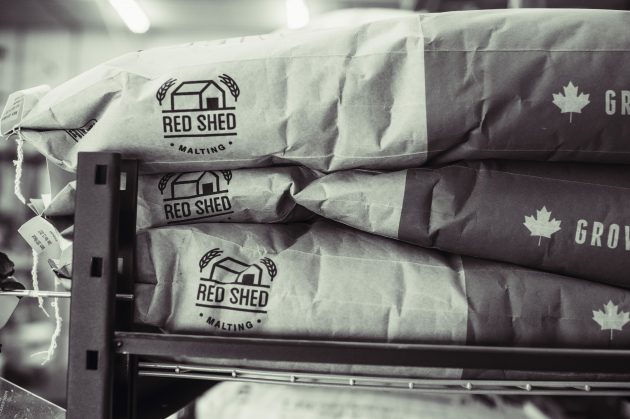 A tracking system allows brewers to pinpoint exactly where their malt barley originates.

Traceability also has lasting impacts on the economy. The beer industry has a substantial impact on the Canadian economy. According to StatsCanada, it contributes $13.6 billion to Canada’s GDP. However, breweries report a negative net profit. By adding traceability to their beers, breweries can offer extra value to their customers because of the extra information and connection it inherently provides. These higher premiums would then drive higher value throughout the malt barley supply chain.

With traceability growers also have a way to showcase their sustainable farming practices, which can help boost the export market in Canada. It will give farmers, growers and breweries the edge they need to remain competitive on the global market.

Beer isn’t the only industry that’s getting involved in traceability. Seafood and product industries are reaping the benefits as well. Seattle-based Dynamic Systems, have developed a technology called Simba that not only helps track the blockchain, but it can also track waste during processing. This will help food processors find any inefficiencies in their process.

“Simba keeps track of all their inventory, both raw materials and finished goods. We take it through production and give the producers information of how much they produced during the day,” said Alison Falco of Dynamic Systems. “We track efficiencies, and inventory reports that can help people understand what they’re selling. They can also upload all this data to their financial reports.”

The people at Dynamic Systems work closely with food producers to implement Simba on their factory floor. Working with suppliers, they write up a document with all the required tracking information, including weight, colour and where the ingredients came from, among other descriptors.

“We’ll configure the system so that it is easy for them to select the attributes they want and then deliver the software,” said Falco. “They receive some training, make any adjustments if needed, then the software workstations are delivered and installed on the plant floor.”

Thanks to Simba, suppliers can track their product all the way back to the fishermen in British Columbia with a simple barcode. With regulations and industry trends on the rise, traceability is the way of the future and is sure to have a lasting impact across all food industries.