Tonight, honey – I don’t have a headache

B.C. scientists have developed a wine yeast that takes the chemical that causes headaches out of red wine

Vancouver – Scientists at the University of British Columbia (UBC) have developed a new strain of wine yeast that produces fewer amines – the chemicals in red wine and Chardonnay that produce off flavours and trigger headaches, hypertension and migraines in many consumers.

Health Canada, Environment Canada and the U.S. Food and Drug Administration have all approved his Malolactic yeast or ML01 for commercial use. And South Africa has also declared it safe.

“This is the first organism that has been improved (through genetic engineering) where consumers get the benefit and not the corporate producers,” says van Vuuren.

In a story in the Vancouver Sun, van Vuuren adds that about 30 per cent of people in the world are sensitive to amines.

He also says that the genetically modified yeast doesn’t introduce any genetic material to wine that wouldn’t have been present anyway in the bacteria used for malolactic fermentation.

Lesaffre Yeast Corp. of Wisconsin has the license to produce and sell the yeast and pays a royalty to UBC. 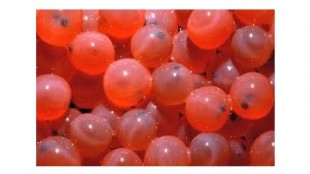