Westchester, Ill. – Ingredion Incorporated says a study has found its Hi-Maize resistant starch can be used to increase the dietary fibre of certain foods without affecting sensory characteristics.

The study found that muffins, focaccia bread and chicken curry could be made with Hi-Maize resistant starch, replacing a portion of the all-purpose flour normally contained in such foods without significantly altering consumer’s acceptability.

Participants rated the Hi-Maize-fortified muffin, for instance, higher than the control. It also appeared to be fluffier than the control muffin and the overall likeability increased by 12 per cent, (but was not statistically significant).

The participants found a denser, darker and firmer crust in the focaccia bread and found the resistant starch containing focaccia bread to be more likeable than the control bread (a result that was statistically significant). They liked the chicken curry equally as well as the control.

The authors concluded that the addition of Hi-Maize resistant starch may not significantly alter consumer’s acceptability in most food products. 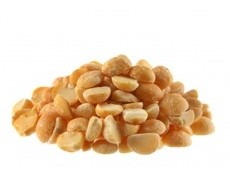 Resistant starches offer benefits to baked goods and other foods