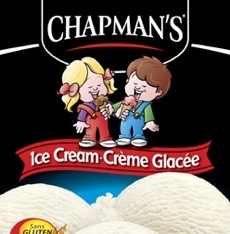 On Sept. 4, a Friday, fire broke out in Chapman’s Ice Cream plant. By the end of the day, the Markdale, Ont.-based company’s plant was completely destroyed.

“I had to leave on the Friday and I couldn’t come back for two days because I couldn’t bear to see it. I was still hopeful the first day that there would be containment,” Penny Chapman told Food in Canada. In fact just this year the family had invested in the company with new additions and equipment. “In 36 years it never looked so good and was functioning so well and it had the lines that we were so proud of including the new one,” says Chapman. “It’s just a big heartbreak.”

According to local news reports, the fire was started by a welder’s spark as a crew was working on an expansion project at the plant. The Chapmans purchased the150-year-old plant in 1973.

The positive side to the story is how the community pulled together in support of the Chapmans and the business. News reports told of ice cream parlour owners refusing to sell anyone else’s ice cream.

Chapman says even the day the fire broke out, firefighters – who came from four different towns – paramedics and local citizens “gave it their all.”

“Some locals were out watching it, tears running down their faces, including mine,” recounts Chapman.

Even some of Chapman’s competition contacted the family with offers of help. Chapman says they’ve offered the use of their facilities. “A lot of them are family businesses and so those are the kind of people who reached out to say, ‘Whatever we can do. We’re smaller but can we help in some way?’ That keeps you going, too.”

As for future plans, right now they’re in the process of cleaning up and tearing down the site. They’ve moved their offices into their warehouse across the street, with plans to move to an empty warehouse in town in about a week.

Chapman says they do have plans for a new building but haven’t decided on a site yet. And they’ve also got feelers out for new equipment.

The company is also speaking with co-packers who can help make a few products with the Chapman’s formula and employees. And they do also have a frozen cold storage facility with enough product to last a few months.

For Chapman, the process of rebuilding can’t happen fast enough. If everything goes well, she says, they may see a shell of building up by the end of the year.

As for her consumers, Chapman extends a big thank you and a promise to be up and running soon. “Thanks to everybody for supporting us. A huge please don’t forget about us. If our product’s missing for a little while or a favourite flavour, try another and we’ll be back stronger than ever. That’s a promise.”