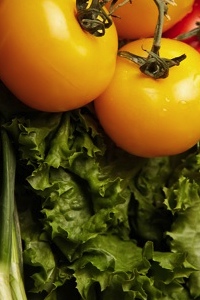 In early July, Vice-president Biden and the U.S.’s Health and Human Services Secretary and the Secretary of Agriculture announced the key findings of the Food Safety Working Group.

President Obama created the Food Safety Working Group in March to advise him on how to upgrade the food safety system for the 21st century.

According to the White House website, the Working Group announced that it was recommending a new, public health focused approach to food safety based on three core principles: prioritizing prevention, strengthening surveillance and enforcement, and improving response and recovery.

The Working Group outlined specific steps designed to advance its principles. They are:

• Health and Human Services and the U.S. Department of Agriculture (USDA) are targeting salmonella contamination by developing tougher standards to protect the safety of eggs, poultry, and turkey. • To fight the threat of E. coli, the USDA is stepping up enforcement in beef facilities and the Food and Drug Administration (FDA) is developing new industry guidance improving protections for leafy greens, melons, and tomatoes.

• The Obama Administration is building a new national traceback and  response system including clearer industry guidance, a new unified incident command system, and improved use of technology to deliver individual food safety alerts to consumers.

• Finally, the Administration announced a plan to strengthen the organization of federal food safety functions, including the creation of new positions at key food safety agencies and a continuing oversight role for the Food Safety Working Group.