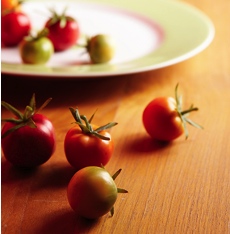 A new U.K. review of studies on organic and conventional fruits and vegetables has found no nutritional difference between the two. But the study itself is raising controversy from critics who say it ignored important factors when it comes to studying the benefits of organics.

Funded by the U.K. Food Standards Agency, for the past year the London School of Hygiene and Tropical Medicine studied various types of research that had been carried out on organics between 1958 and February 2008, and found 55 out of 162 studies of “satisfactory quality.”

Based on an analysis of these studies, the report found that levels of vitamin C, phenolic compounds, magnesium, calcium, potassium, zinc, total soluble solids and copper were the same in both organic and conventionally grown produce, while nitrogen was higher in conventional produce and phosphorous and tritratable acidity were higher in organic. The report, published in the American Journal of Clinical Nutrition, stated: “One broad conclusion to draw from this review is that there is no evidence to support the selection of organically produced foodstuffs to increase the intake of specific nutrients or nutritionally relevant substances.”

Although the researchers also stated that studies in the area of organics needs more scientific rigour, the report itself has drawn criticism for what it didn’t consider, including public health, the potential of pesticide residue on produce, or the environmental affects of using chemical fertilizers, herbicides and pesticides.

Groups such as Boulder, Colo.-based The Organic Center say the study also didn’t focus on polyphenols and antioxidants, which it says are higher in organic produce. And, notes the Organic Consumer Association in the U.S., many of the older research cited in the report contained flawed methodology.