The Dubai Chamber of Commerce & Industry says preference for halal food as a global market grew to US$1.1 trillion in 2013 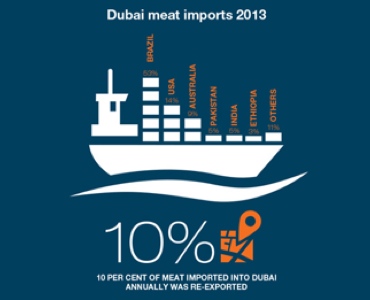 Dubai – More and more consumers, according to recent reports, are choosing halal products.

The Dubai Chamber of Commerce & Industry has found that the halal food and beverage market grew to a US$1.1-trillion industry in 2013.

The halal food market includes a large variety of products, from raw chicken and beef to halal processed foods and cold drinks.

The chamber says the sustainable and wholesome principles at the core of halal food production are also a draw for consumers.

Globally, the halal food industry is growing in a number of markets such as in the Middle East and North Africa, South and South East Asia.

Indonesia is the biggest halal food market with a market value of US$197 billion in 2012, while Turkey’s is second at US$100 billion.

The report highlights the potential for United Arab Emirates’ businesses to source lower cost basic food products from countries across Africa, Asia and Latin America, which can then be further processed, packed and branded to be sold in international markets. Given the strong expected population growth and income growth across these developing regions, businesses could expect further increased demand in these markets.

Dubai also imports meat from a number of markets. Brazil accounted for more than half of Dubai’s meat imports in 2013, supplying 166 thousand metric tons (TMT) of the total volume of 314 TMT to take 53 per cent of the market share, far ahead of the U.S. at second place with 14 per cent, says the chamber.

The U.S. exported 43 TMT while Australia was a distant third with 27 TMT, taking just nine per cent market share. Among the neighbouring countries, Pakistan and India each supplied five per cent of the total volume, while Ethiopia cornered three per cent.