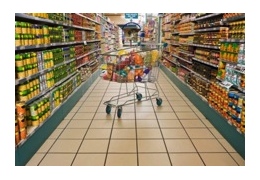 For the first time, the Centers for Disease Control and Prevention (CDC) used a new tool to trace the source of a salmonella outbreak, reports USA Today.com. With the victims’ permission, the CDC used their supermarket shopper loyalty cards.

Accessing the mountains of information supermarket chains collect through the cards helped the CDC to zero in on not only the company – Rhode Island-based Daniele Inc. – and its salamis, but also the imported pepper that was used to season the meat and which turned out to be the source of salmonella, reports the article.

The outbreak came to light when the first case was identified last summer. By November there were a cluster of cases.

The article quotes a CDC epidemiologist as explaining that through victim interviews and questionnaires, the CDC had suspected an Italian meat as the source.

But the affected consumers couldn’t remember the brand they had purchased.

The CDC began with seven victims and their loyalty cards and discovered that five had purchased meats produced by Daniele.

When they expanded their search and used other victims’ shopper cards, the evidence clearly pointed to Daniele and the imported pepper.

In total, there were at least 245 people across the U.S. who were sickened by the imported pepper used in the salami.

Related
UPDATE: E. coli outbreak in Europe may not be caused by German bean sprouts
Peanut butter lawsuit ends in $11.2M fine and penalty
Cucumbers may be cause of Salmonella outbreak in five provinces