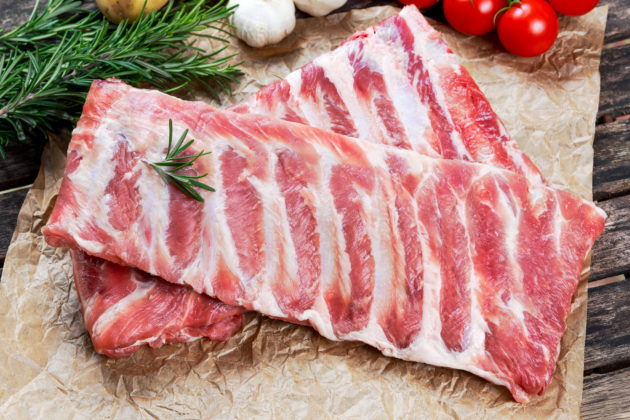 Raw ribs with a rosemary and vegetables. on crumpled paper.

Ottawa – Consumers in Argentina will be enjoying Canadian pork.

The federal government, including Agriculture and Agri-Food Canada, and Global Affairs Canada, is working to open up more export markets for Canadian producers.

The goal is to reach $75 billion in annual agri-food exports by 2025, says a statement from the federal government.

In keeping with that goal, the minister of International Trade, François-Philippe Champagne, announced that the federal government has “successfully restored market access for Canadian pork exports to Argentina, effective immediately.”

Neil Ketilson, chair of the board of directors at Canada Pork International, says in the statement that the sector is pleased with the access. “The Argentinian market,” he says, “represents a solid opportunity to further develop and diversify Canadian pork exports in South America.”

Argentina represents an emerging market for Canadian pork producers and has an estimated export value of up to $16 million annually.

In 2016, Canadian agriculture, agri-food and seafood exports to Argentina had reached $12.6 million.