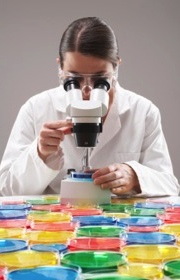 The Institute of Medicine (IOM) in the U.S. is calling on the U.S. Department of Agriculture to apply the same rigour to evaluating the science behind food and nutritional supplement health claims as it devotes to assessing medication and medical technology. The IOM released a report on the subject mid-May.

There are no scientific grounds for using different standards of evidence when evaluating the health benefits of food ingredients and drugs given that both can have significant impacts on people’s well-being, say the committee that wrote the report.

The committee recommended a new framework the agency can use to consistently and transparently judge the appropriateness and validity of the scientific benchmarks used in studies that companies provide to support health and safety claims for their products.

Because it can be time-consuming and difficult to test products against actual clinical outcomes – such as whether they cure or reduce the risk of a disease – companies often conduct studies measuring effects on biomarkers, which are used as biological yardsticks or substitutes for clinical outcomes.

For example, tumour size is used as a way to measure a cancer drug’s effectiveness.  Blood level of harmful cholesterol is often used as a biomarker for the risk of heart disease, and drug and food companies make claims about the heart health benefits of their products based on their ability to lower cholesterol levels, even if the products have not been shown to actually decrease heart disease.

The IOM says the Food and Drug Administration (FDA) has been hampered in its ability to assess the proliferation of health claims being made by food and supplement manufacturers in part because it lacks a process broadly accepted across the regulatory, food, and medical communities to evaluate biomarkers as valid and appropriate measurements to substitute for clinical outcomes.

The committee’s proposed three-part framework gives the agency a way to consistently and rigorously assess the selection and use of biomarkers across the food, device, and drug areas.

In addition, the report calls on Congress to boost the agency’s authority to require further studies of drugs and devices after they are approved if their approval is based on studies using biomarkers as surrogate clinical outcomes.

And Congress should give the FDA the authority to conduct studies of how well consumers understand food and supplement health claims, and require manufacturers to make changes if needed to promote greater clarity.

“Many people naturally assume that the claims made for foods and nutritional supplements have the same degree of scientific grounding as those for medications, and this committee thinks that should in fact be the case,” says John Ball, committee chair and executive vice-president, American Society for Clinical Pathology, Chicago.

“Without changes in the way biomarkers are used and assessed, however, health care providers, regulators and consumers will not be able to reliably collect or judge information to support claims.”

The proposed framework entails validating that a biomarker can be accurately measured, ensuring that it is associated with the clinical outcome of concern, and confirming that it is appropriate for the proposed use.

Committee members demonstrated the kinds of information and lessons the framework can provide by doing several case studies, looking at tumour size as a biomarker for cancer, blood level of beta-carotene as a surrogate for cancer and cardiovascular disease risk, and cholesterol level as an indicator of heart disease, among others.

The report calls for Congress to enhance FDA’s abilities to study how health-related information can be communicated more effectively to consumers to help them better understand the science behind claims they see on packaging.

The typical consumer is not aware that claims for food ingredients and supplements are often made based on studies using biomarkers instead of actual health outcomes, and that this introduces a measure of uncertainty.
FDA also needs the resources and authority to act on claims when they are found to cause confusion or to exceed regulatory limits.

A report issued by Rep. Henry Waxman’s office noted that the FDA enforcement of food and supplement health claims declined by more than 50 per cent from 2000 to 2005.

However, recent actions by the FDA indicate it is engaging in heightened enforcement of food labelling, including health claims.

The report was sponsored by the U.S. Food and Drug Administration.