Three new brews and a cider 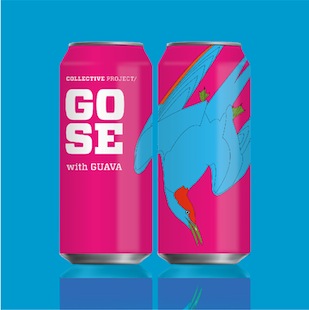 In a statement, the company says it unveiled the beverages over several weeks on Saturdays in June and July. Each beverage appeared first in the brewery and then launched in LCBO, grocery stores, bars and restaurants the week after.

On June 17, Guava Gose, a seasonal limited-release brew was introduced. It’s made with fresh guava and has 4.9 per cent ABV and 12 IBU.  It’s a balanced tart, sweet and sour brew.

On June 24, the company released IPA No. 3, which uses Crystal and Citra hops and has 7.1 per cent ABV and 80 IBU. The Crystal hops add a earthy and woody backbone and Citra adds notes of stone fruit, grapefruit and lime.

On July 1, the company unveiled Collab 002 Two Roads Brewing with 6.5 per cent ABV and 50 IBU. The brew is a New England style IPA and uses Citra, Simcoe and Olicana hops.

On July 8, the company introduced Juniper & Lemon Cider in a 650-mL bottle with 5.6 per cent ABV. The cider is based on a blend of local apples and infused with lemon peel and juniper berries.