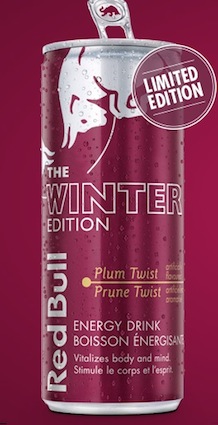 This past winter, Canadian consumers were treated to a limited-edition Red Bull.

The new Winter Edition launched only in Canada in December.

The company described the flavour as Plum Twist with a taste of cinnamon.

The Red Bull Winter Edition was available nationwide with a suggested retail price of two cans for $6.