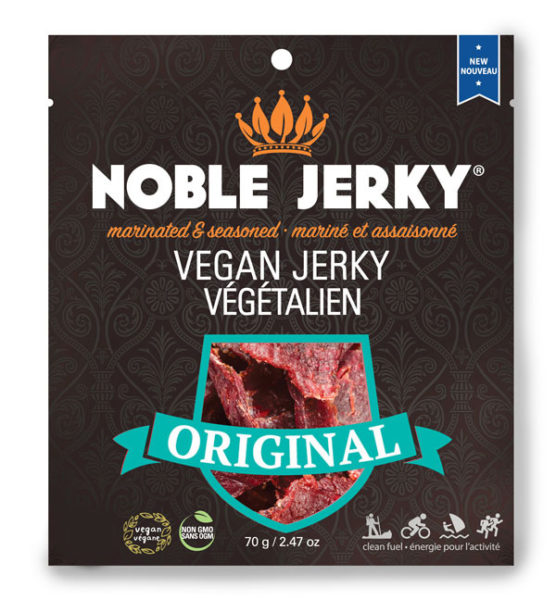 Urbani Foods Inc. of Port Moody, BC is a meat company that’s been around for three generations and over 50 years.

The company says “being in the meat industry for so long gave the Urbani family a grim outlook on the sustainable future of animal-based agriculture.”

The ingredients of the product are all natural and include non-GMO tempeh, evaporated cane juice, rice vinegar, non-GMO canola oil, sea salt and spices.

Noble Jerky comes in four flavours: Teriyaki, Original, Sweet BBQ and Chipotle. The 70-g packages have a suggested retail price of $6.99 and are found in stores throughout BC.