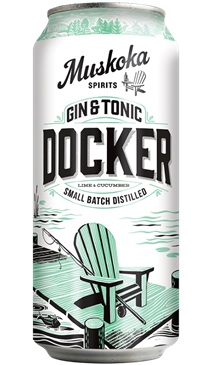 The brewery says the beverage mixes its newly launched small batch Legendary Oddity Gin, which has a refreshing hit of lime, a hint of cucumber, and natural tonic. Docker’s flavour is described as effervescent, with  refreshing twist of lime and slight crisp bitterness. It has a finish that is dry with subtle sweetness.

Docker has been in LCBO stores since April and can also be found at Muskoka Brewery.