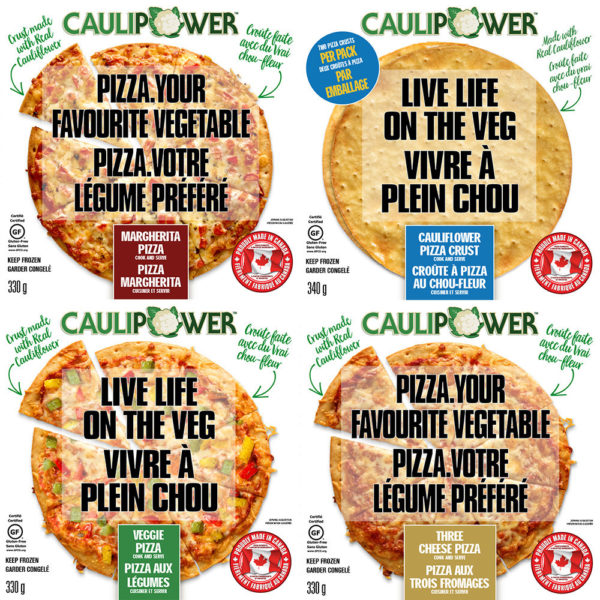 A California-based growing frozen pizza brand has made its way to Canada.

Caulipower debuted in the U.S. in 2017 with its cauliflower-crust pizza line that the company says “doesn’t hide vegetables.”

The pizzas are naturally gluten-free, lower in calories, sugar, fat and sodium, and contain more protein, fibre and vitamins.

There are four pizzas in the lineup including Margherita, Three-Cheese, Veggie and Plain Crust. The company says the pizzas for the Canadian market are made in Canada and are available in more than 100 Canadian retailers such as Sobeys, Whole Foods Market West, Urban Fare, Nature’s Fare Markets, Nutter’s Bulk & Natural Food, Natural Food Pantry, Organic Garage, Vita Health, Nesters Market Grocery Stores and more stores are being added.