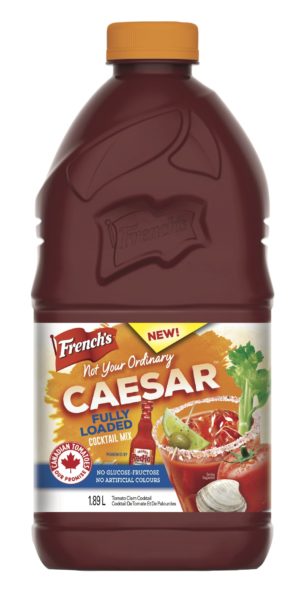 The French’s Food Company has launched its new French’s Not Your Ordinary Caesar Cocktail Mix.

The new product is available in both an Original flavour and a Fully Loaded version that is ready to go and is fueled with Frank’s RedHot Hot Sauce.

French’s Not Your Ordinary Caesar Cocktail Mix does not have glucose fructose and no artificial flavours or colours. 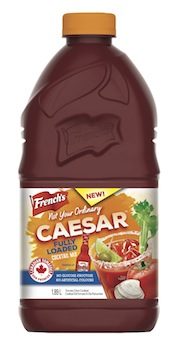 It’s also made with 100 per cent Canadian tomatoes and is produced in Ontario at Highbury Canco of Leamington, where the new mix will add 20 more jobs.

The launch follows the success of the company’s French’s ketchup, which also uses 100 per cent Canadian tomatoes.

The company also says it continues to implement its The French’s Promise in Canada. The promise is about sourcing from local suppliers whenever possible, creating strategic partnerships with local business and giving back to the local community.