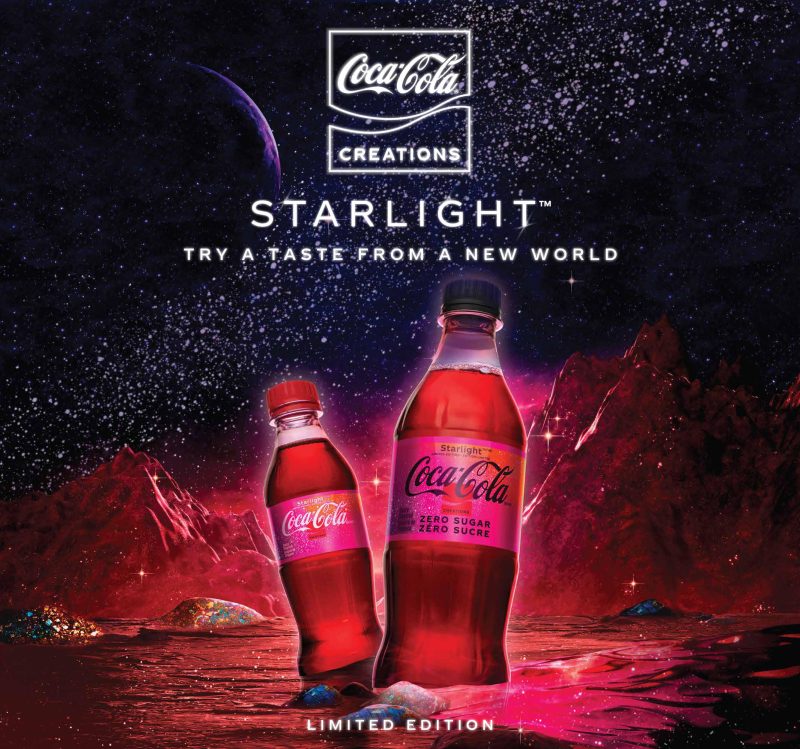 Coca-Cola Starlight is a space-inspired Coca-Cola product that aims to bring space to life through a simple sip, capturing some of the mystery and essence of what we love about space.

What is Coca-Cola Creations?

JB: Coca-Cola Creations is a new global innovation platform that takes our iconic Coca-Cola brand and lends it to new expressions, driven by collaboration, imagination, and cultural connections.

Throughout 2022 and beyond, we will create new flavours, designs and experiences across the Coca-Cola brand, reimagining our much-loved Coca-Cola in time-limited editions inspired by culture, across the physical and digital worlds.

What is the aim of the platform?

JB: Coca-Cola Creations aims to lend to new, fun and imaginative expressions and as well as tap into cultural connections for our fans and consumers around the world. It’s important to know that in all of our expressions under the Coca-Cola Creations platform, we will stay true to our core brand values of authenticity, uplift and optimism.

Why is Coca-Cola launching this new platform?

JB: For over 100 years, Coca-Cola has maintained its relevance and iconicity all over the world by renewing itself continually for new generations, while always remaining true to its core. When we launched Real Magic last year, we wanted to celebrate people’s passions and the diversity of our culture, reinforcing our connection with consumers and building deeper experiences with our brand.  That has led us to this new territory of Coca-Cola Creations, as an exciting extension of the Real Magic philosophy, bringing more real magic to the brand.

Starlight has smart packaging. Tell me more about the packaging and why you decided on smart labels.

JB: This campaign is digitally led and we wanted the packaging, the physical product itself, to play a part in the digital-first experience. To do that, we took our iconic logo and created an out-of-this-world augmented reality (AR) “Concert on a Coca-Cola” experience where consumers can access this AR-holographic private concert by Ava Max after they purchase and scan their can or bottle to  www.cocacola.com/creations.

Who did you collaborate with for the labels?

JB: For the design, our global team worked with the agency, For People, out of the UK, and local agencies adapted the final SKUs depending on the markets requirements. We also worked with Virtue, Vice’s in-house agency to develop all AR content.