Telus moves in farming and food 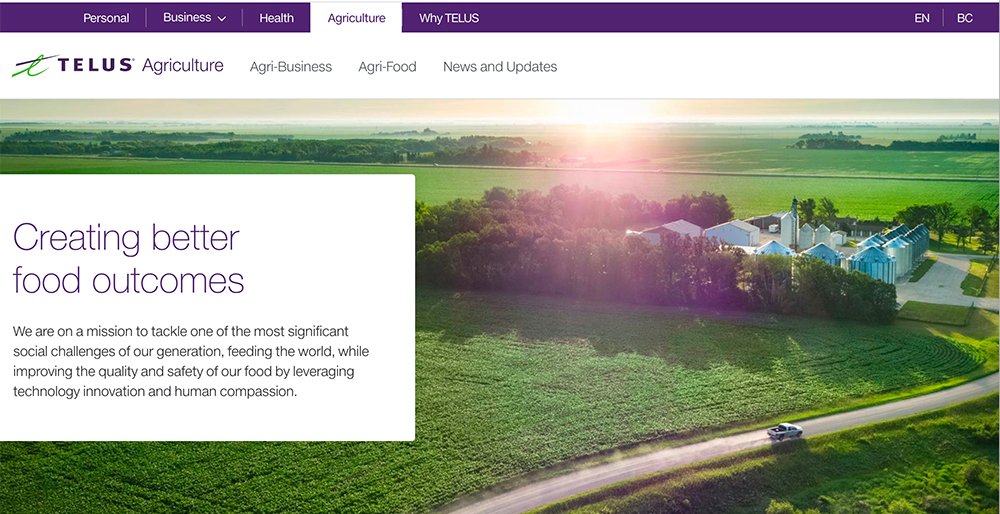 Telus has launched a global agricultural data management company that will offer farmers a way to string together the streams of data that increasingly flow from every element of farm production. This is explained in a new Western Producer article by Ed White.

“We’re quite excited about what we’ve built and the applicability it has to agriculture and food globally,” said Chris Terris, vice-president for global strategy for Telus Agriculture. “Telus is really interested in utilizing the data from across the agriculture and food ecosystems to fulfil that promise.”

The new wing of the Telus telecom company will merge the operations of a number of other companies, some bought previously by Telus and others just-announced as acquisitions. They include sales and distribution company AFS Technologies, SaaS farm management platform Agrian, the precision agronomy service Decisive Farming and the grain management and marketing app Farm at Hand.

Farm at Hand was Telus’s first step in creating Telus Agriculture. It will now operate in a number of the world’s major agricultural powers, including the United States and Brazil. Farm at Hand began life as a tiny provider of bin management data on a Saskatchewan farm, then became part of Winnipeg’s FarmLink, then was acquired by Telus in a purchase that raised many eyebrows over what the phone company was up to.

“It’s a brilliant app,” said Terris of Farm at Hand. “It’s all about the digitization of things that are on the farm.”

That’s the underlying approach of the new Telus operation. Multiple machines and systems on the farm need to interact with each other and with off-farm service providers, something that has been a problem for many farmers. “We’re not here to disrupt the industry. We’re here to enable it,” said Terris.

A telecom moving into agriculture and food management might surprise some, but Telus has already made a similar move in medical management. It took a similar approach, merging a number of health management data management systems to create Telus Health, which it describes as “Canada’s largest healthy (information technology) provider.”

Telus Agriculture will bring together service providers that operate across 100 million acres in Canada and in many key agriculture nations worldwide. Terris said Telus Agriculture’s Canadian origin helps its reputation in the market. “Canada clearly has a lot of credibility from an agriculture standpoint,” he said. “We’re not shying away from our roots in Canada.”